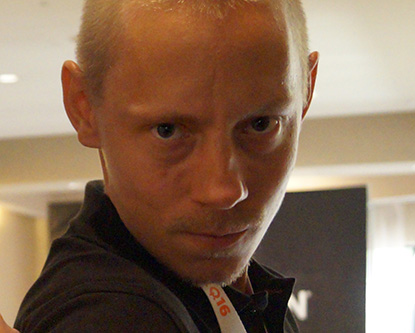 Jon "bps" Cednert is a Swedish QuakeWorld player with a long and active career under his belt. After having played RQ silently up until 2001, he slowly earned reputation as a relentless leader of clan

Suddendeath, grinding his way to the top in 2009. During these years, the sense for duelling developed through hanging out with players like

reppie amongst others, eventually refining his duel skills to compete at the highest level.

My life for KRAMFORS.
— Original from LethalWiz

And screams of horror rend th' affrighted skies...
— Alexander Pope, The Rape of the Lock