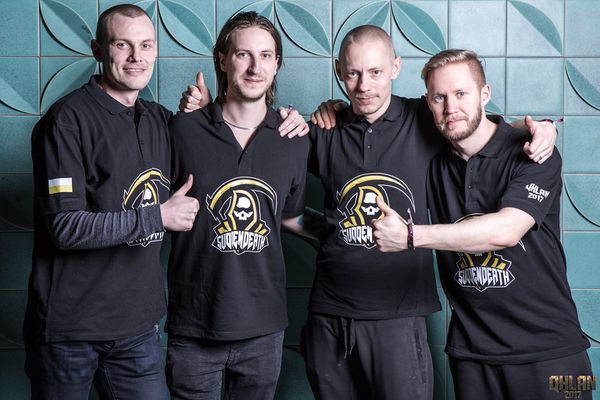 It all started back in 1997 when three real life friends - trash, st33lmountain and mrBly - formed "Republic Warriors Clan". The name for the clan came from the geography of the founders, as they all lived in Jämtland Sweden which is its own republic. They gathered some warriors and grew larger with both a low and high ping section. It was the good old times when players had 150+ ping, playing with dial-up modems and ISDN connections.

After maybe a year or so they had major changes in the lineup so a change of name seemed appropriate. The new name was "6pack", all due to st33lmountain and his habits and love for beer. The clan did not really grow alot, but there was a core of players that played together most of the time. There was not many tourneys back then so it was more just practises or recreational games vs their swedish arch enemy Hellfire Clan. After a summerbreak when mrBly quit the game and various players left or joined they again decided it was time for a fresh start. They had a hard time finding a good name for the clan, but the name "Seek & Destroy" was eventually agreed upon. Trash could not really feel that this name was the name he wanted for the clan, so one day at work when he thought about the initials - S&D - he came up with the name "Suddendeath" instead, and just like that, the mighty clan Suddendeath was born.

From that day until today, Suddendeath has been an active clan apart from a short break sometime in the early year of 2000. They are one of the oldest clans still active and are today perhaps the biggest clan out there.

A second division of Suddendeath was started by Trash in 2006 together with some old players from Suddendeath and some new blood the clan is now a strong div 2 clan.