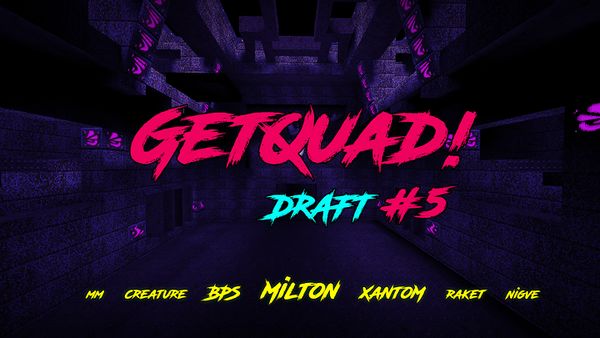 Quakeworld GetQuad! Draft season 5 was a 4on4 TDM league that was running from October 2021 until December 2021. 95 players were drafted into 21 teams across three divisions.