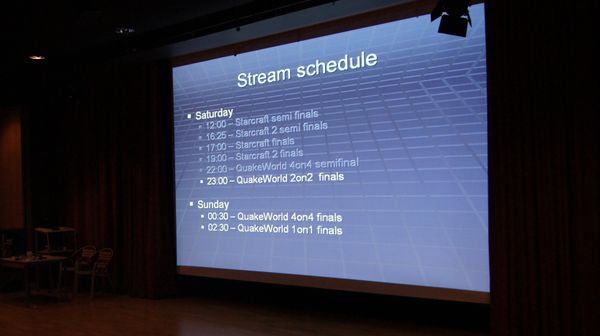 The Quake-o-Holics LAN, better known as simply "QHLAN", has for long been an institution in the QuakeWorld scene. The LAN was being hosted annually between the years of 2000 - 2011 and five years after that, the LAN made a comeback in 2017. With no official plans for the future, who knows when or if another edition will spawn. The former seem the likelier considering the 2016/2017 resurgence in the scene.

Considered the biggest and baddest recurring QW-LAN, it has been the pinnacle of prestige throughout the years.

The location of the venue has shifted per edition. Initial X events were held at Galaxen, a community youth center in Rotebro Centrum. Later on, various schools were used, mostly in the northern suburbs of Stockholm. In 201x QHLAN formed a partnership with Hazard LAN who housed events in Fredrika Bremergymnsiet - a school in Haninge south off Stockholm, which was the venue for the past three events.