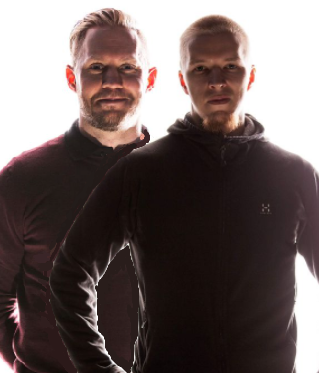 carapace. The team was initially created to have some fun in the 2on2 tournament Ride My Rocket 2on2 Tour 1, but later also lead to the more prestigous 2on2 tournament Money for nothin and gibs for free with a hefty $6500 prize pool.

carapace have been TDM rivals for years, spanning different teams and different tournaments. The only constant seems to be that they more often than not end up in grand finals against one another. They are some of the best Quakeworld players to ever have walked this earth, and have played each other countless of times in both official and unofficial games. One testament to their rivalry is once carapace started to climb the ranks in 4on4 TDM he was given the nickname: "The Swedish Milton".

Carapace later added, tongue in cheek, that it would only be fair if

Milton then was to be called "The Finnish Carapace". In January 2021, dispite their rivalry, they joined ranks and formed a team with the fitting name - Unholy Alliance.

Among the two team names "Unholy Alliance" and "The Finnish Milton" suggested by carapace, Milton picked the former.