From QWiki
(Redirected from Div99) 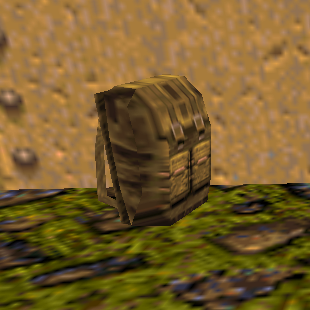 Division Ninety Nine welcome all to join and play and have no expectation for and demand of the players. New players are especially welcomed and can learn quite a lot basic 4on4 from the more experienced players.

They continue their mission as an entry point for QuakeWorld 4on4 players. By the fall of 2015 Division Ninety Nine had grown enough to be able to support multiple teams in tournaments.

Colors were chosen as team names to emphasize the fact that there was no big differences in skill and activity between the two squads. Blue ended up being the stronger squad. However when both squads fought each other in the league, Red won by a small margin.

After the end of the European Quake League the 4on4 activity in the whole QuakeWorld community was pretty low. However with the announcement of the QW2018Teamleague the clan is again looking to field multiple teams comprised of its dedicated players:

With the decline in Clan vs Clan run tournaments Division Ninety Nine has mostly been engaged in private 4on4 practises with a new openness to practise with players from outside the team. Both seasoned veterans and brand new players have been included.

No one gets to leave!