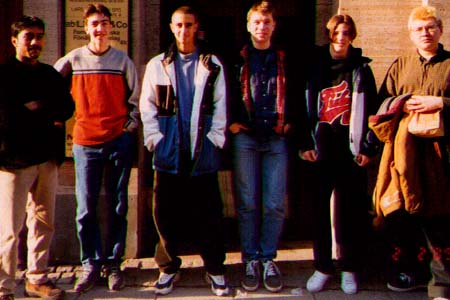 The True Gamers Invitational, or TGi for short, was a LAN event held in April 1999 at IT Palace in Gothenburg, admined by Izn0.
It was the first QuakeWorld tournament to gather the best duel players in the world, even though all Americans turned down their invitation.


The participants came from Sweden, United Kingdom, Finland, Norway and Denmark, and Intel sponsored the flight of the Australian player Reload. No cash was awarded, but this was the most significant international competition at the time, and most participants went on to earn sponsorship to travel to other tournaments.

The final between Kane and Lakerman is one of the most exciting series ever played.