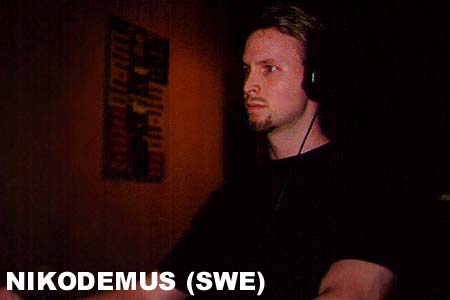 «The oldest and one of the coolest players at the TGI was Nikodemus, from Sweden. A level designer for a games company by trade, and a key player in the famous Clan 9 from Sweden, Nikodemus was known before the tournament for being an incredibly fast and smooth player. He cemented this reputation and came away with a fantastic victory against Kane on DM6, as well as a win on DM4 against the very dangerous Sectopod. With Blitzer and Sujoy he produced some of the most exciting games of the tournament, and was always a serious contender in his group. My impression of Nikodemus was that this guy overturned the stereotype of Quake as a «game for kids». Not only was he mature, sophisticated and super-cool, but he had a girlfriend and still played Quake at the highest level. Nikodemus is living proof that Quake is a sport for the 20-something player, and not just for the young tyros such as Kane and Reload. He is an inspiration to us all.»