From QWiki
(Redirected from The Headsmasherz) 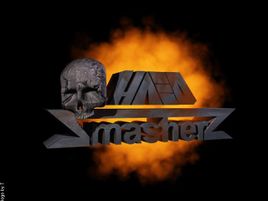 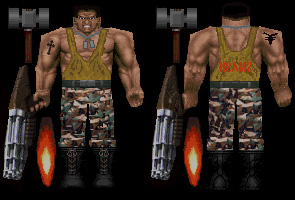 How it all started

It all started for The Haedsmasherz when their preceding clan QuakeMaster Clan disbanded after Ash had switched to Die Fette Faust and losing both Nagger and Bohrmaschine to inactivity. Soon later however, Psi and Rafzahn, vestiges of the QuakeMaster Clan, decided to team up with Qlemens. Simultaneously, Rafzahn's little brother Flash turned out to be very talented and worthy of being part of the clan. Around this time QuakeSpy had been released and online gaming was taken to the next level. Gone were the days where one memorised 2-3 IPs. QuakeWorld was getting bigger and bigger, the code had been optimised for slow connections and physics were promissing. It was time for a fresh start, and that's where the story of The Haedsmasherz begins.

On the 8th of June, 1997, Mad Dog joined the clan. Meanwhile, the first Season of the DeCL was underway and The Haedsmasherz did fairly well, managing to qualify themselves for the strongest group of the subsequent, second season of the DeCL, where they had to compete with some of the best clans Germany had to offer at the time. Namely: Die Fette Faust, Ocrana and Body Count amongst others. Soon later, Ezekiel joined the clan but was forced to part ways with the clan due to problems with his provider. It was also around that time that Rafzahn finished the clan's skin!

In August 2007 The Haedsmasherz had made a name for themselves and were able to recruit Austrian player Emperor as well as the highly promising German player Metzgerr. The latter however parted ways with the clan soon after to join Die Fette Faust and eventually ended up playing for Schroet Kommando under the name Weyon.

Just a month later, The Haedsmasherz formed a sort of alliance with clan Don't Panic in order to improve each other's team-play. It was also at this time that Brausepaul and Metzel joined the clan. DeCL Season 2 had started and The Haedsmasherz were having a very hard time. While they had previously been happy to have had qualified for the strongest group of the league, they now had to struggle with one demotivating defeat after another. While they were solid clan, they didn't stand a chance against Germany's figurehead clans Ocrana and Body Count. A couple of months followed in which The Haedsmasherz played no clan wars in order to practise off-line with Reaper- and Omicron bots. At the end of November, Basti eventually joined the clan but was soon later forced to leave the clan again due to exorbitant phone bills.

In the time between January and April 1998, The Haedsmasherz were back on the map and able to deliver a solid performance in the ongoing DeCL. Subsequently, the clan welcomed some new members to its roster, namely Mattl, Lee and extremely promissing newcomer Affena$$.

The beginning of the end

The following 2 years were maked by permanent lineup changes and the clan no longer seemed to be performing as well as before, seen as the core players changed rapidly. Commander joined the clan. Along with him a lot of Guys from Karlsruhe joined. As there are: Digger, Trigger, Bender, Pille, Retaliator, Astral, Psi-Girl. A New OldSkool Homepage with FLash 1.0 was born 1999, followed by Zak on the 4th of February, who had gone through a 1 month trial phase first. On the 6th of May, 1999, Affena$$ leaves the clan to join the Psi-CoRPs, Mausieleaves the clan to join with Body Count and Sandman also decides to leave. Soon later though, on September 8th, Scratchy teams up with The Haedsmasherz. On October 25, Trunks, nowadays known as Mantle joines the clan, along with Suizidhasi and Wok which both came from Baron of Hell Warriors. Mantle however decides to leave the clan again on February 25th, 2000, in order to team up with The Dark Icemarines and be able to defeat current German QuakeWorld figurehead clan Imperial Bounty Hunterz.

And the time had come

There has been a nice time playing quake3arena, not unsuccessfully at all. Rumours say only the Hot Summer could stop Smash from wining the ESPL Ladder, an there Playing the Premier Division Cup. Just four months later, after struggling with inactivity, The Haedsmasherz announce the clan's disbandment on the 7th of June 2000 after a failed attempt to fuse with Baron of Hell Warriors. Both clans had been hoping to raise their activity by joining forces. However, BoH eventually decided not to pursue this plan. Although the clan announces a comeback on February 11th 2001, (lineup being Commander, Trigger, Green, Torvac and Benda), the clan remains somewhat inactive until playing their first official games again in the GEQL Season 1 in 2004 (lineup being Flash, Affena$$, Rafzahn, Benda and Achi). The end of GEQL Season 1 however also marks the definite end of The Haedsmasherz after 8 years of ups and downs. Most of the members were already 'old' when the clan made it's first steps. Nowadays most of them are busy with jobs, wives and children. Thanks for reading.