Game was played just before Christmas. Both teams didn't want to play at that moment because Team Einstein missed Def and The Boss had both Myth and Cyan with near unplayable lag. Though the headadmin Traxler decided the game would be voided if it wasn't played before Christmas so they played after hours of whining from both teams. The game was supposed to be best of 7, both teams didn't feel like playing in the first place and after three maps and things like Cyan disconnecting 4 times on dm3 and Wyte leaving for food on dm2, Team Einstein decided to throw in the towel. What could've been a great game (had Team Einstein played with Def, AnimalBoy, Slik, Wyte and The Boss with Kovaak, Ultimo, Purity, Cyan on his good connection or Myth with a better ping) turned into one big drama. Phil did live commentary including about an hour of prewar before playing the first map but he has never released it. 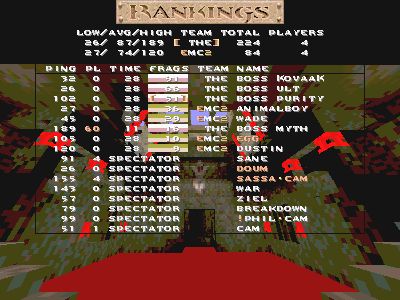 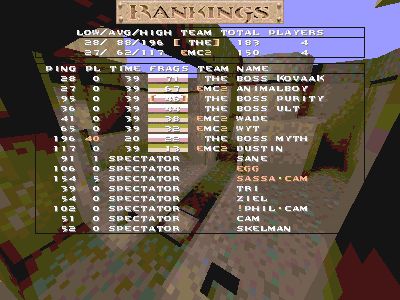