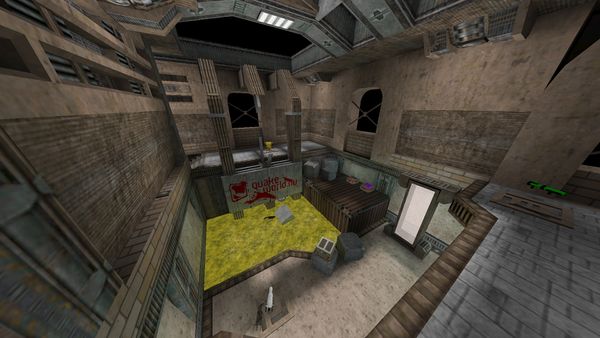 Toxicity, a Quake 3 Arena map originally created by TheFury. The original QW version was called q1q3toxicity and it was ported to QuakeWorld by Mick and Thuriam for the Q1Q3 Project.

The "toxicity_test" version was created for the Thunderdome 11 event and also played on the One Day Toxicity Tournament, of which post can be found at forum here: https://www.quakeworld.nu/news/1064/one-day-toxicitytest-tournament-24t https://td.quakeworld.ru/?sid=107

Some controversy has surrounded this map due to the community not being able to agree on an official version because several test versions were also made. These versions include: