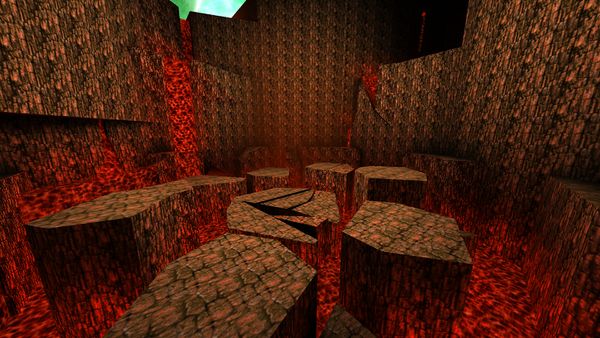 bps in a collab with Suddendeath friends

rst. The map was in the limelight of sdCup#4.

Just recently, the old, dormant volcano crater seem to have been awoken: lava is starting to stream out from the crater walls, caves and cliffs are deforming the stable landscape, and the very boulders you stand on are about to melt into the seething magma below.

No weapons nor armors exists, but a biosuit is tucked away in a lava cave. It reduces the damage received by lava to 10, the same rate one would experience in slime without protection.

Vi ses borta vid röda planket!
— Meaning "See you over at the red wooden fence" in a funny, Stockholmesque accent