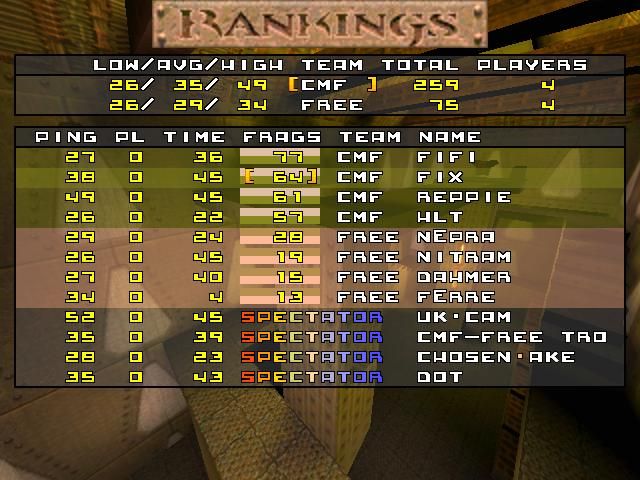 Our second game this season that really counted. Even though many people considered us to be big favorites, we didn't underestimate them. They get pent and rl in the beginning while we get the rest. They hand the first rl to us and the fat lady starts singing immediately, sweet. - by Clan MalFunction

Well, what can I say? :) I myself had touched qw just for the koff game during the last 2 months and it was just valla and dahmer that had played anything at all. We were underdogs and now it shows clearly why hehe. I think that we could have put up a good fight if we just had stayed active but please... SUN! BABES! BEER! = no time for qw :p CMF just had too much sr-luck! spawning packs, running away with 2hp, fullstarts etc ;)))) nah but seriously, i dont want to take anything away from CMF, they played really tight in all rounds. Maybe we can give u a better show next season.... cuz after all, the winterseason is freedomseason! ;) cu then (hopefully) ... now SummeRBreaK! - znappe - by Team Freedom 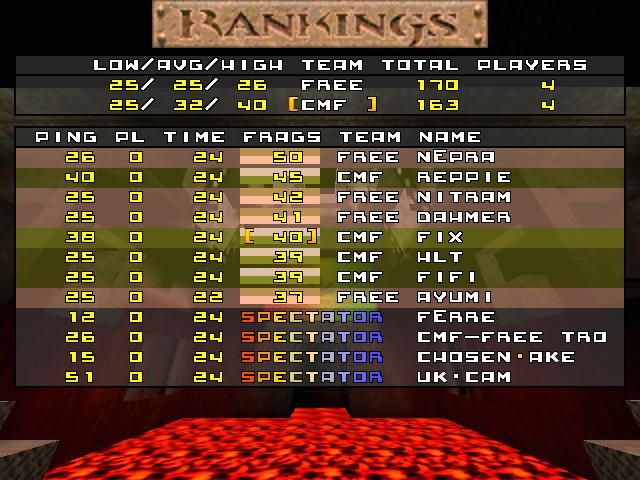 The famous, yet rather inactive, striker joins the game. This round was really chaotic with the control swinging back and forth until nepra did a few impressive quad runs which saw freedom take the lead. We gained control with 4mins on the clock but every quadrun went straight to hell due to trying too hard. Was striker's presence the deciding factor? Maybe, but the MVP award goes to nepra. - by Clan MalFunction 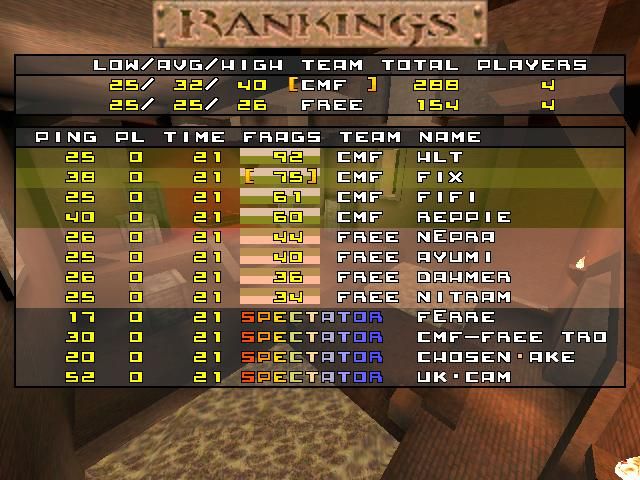 Losing dm2 was a great "wake up"-call for us. We went into this round determined to play better and destroy them. The final score reflects the solid performance we had throughout the whole round. - by Clan MalFunction 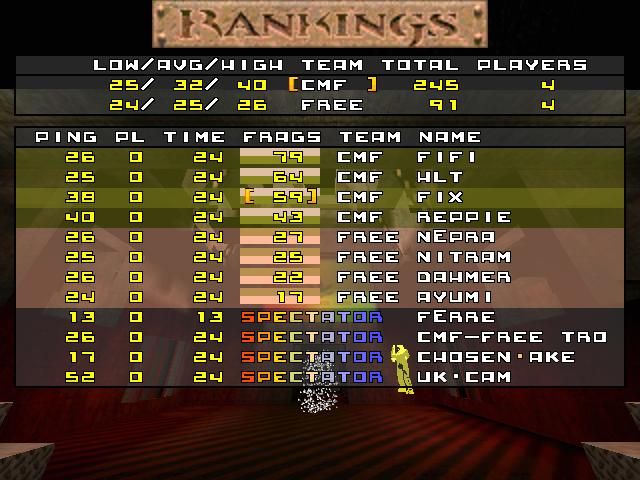 A little more concentration on the quad and tighter teamplay worked wonders. After a few successful quadruns we controlled the quadside and swept the low-rl frequently which made it impossible for them to take over completely. I was happy to see that they didn't run out of steam even though the game was more or less over in 10mins. ggs and good luck in the bronzegame vs sr! - by Clan MalFunction