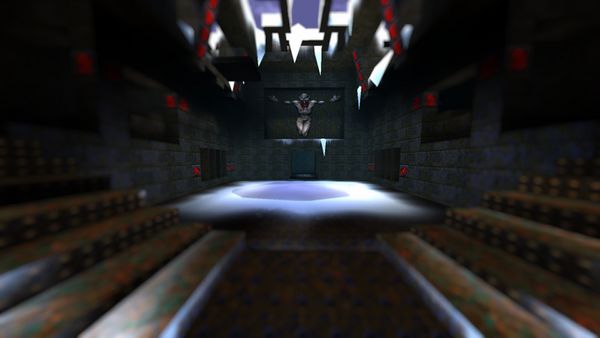 Cosmetically modified version of Claustrophobopolis, better known as Dm2 - one of the six deathmatch maps included with Quake.

One of five maps in a "TB5-frost" map pack intended for release in conjunction with Sdcup5, remixed by

As lava has frozen, this opens up for a new gameplay and meta around the lava drenched areas such as Big room, Teleporter room and RA/MH room.

In the bigroom, as the area is now safely walked upon, more often you now see one or the other of the floor traps out of sync with eachother, as a result of players blocking any of their movement.