From QWiki
[e][h]Place of Two Deaths 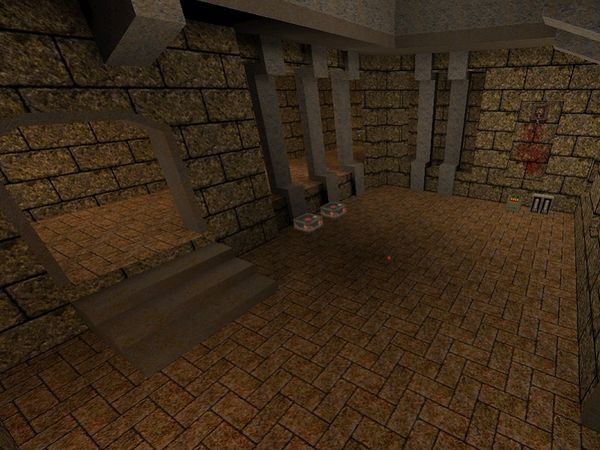 Place of Two Deaths is the first map in standard deathmatch series. Dm1 and Dm5 is probably the two least played of these deathmatch maps, one reason for the map not being popular might be lack of weapons in the map. This is the only map in this series that has no Rocket Launcher, and neither does it have any Super Nailgun nor Lightning Gun. This absence of weapons might make the Super Shotgun the strongest weapon for duel fights. Other common items that the map is missing is the Quad and Red Armors. The mode which you might see this map most frequently played in might be Free For All.