From QWiki
(Redirected from Cyber Quakers) 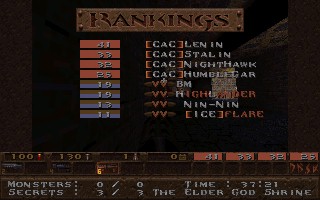 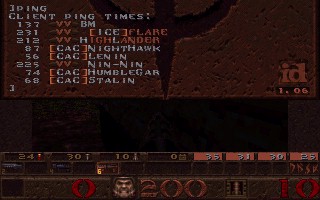 Carnage Clan is considered to be among the elite clans in Scandinavian quaking, on level with Spawn Clan, Finnish Allied Quakers and Clan McCloud.

The Clan was based in Halden, Norway, with the only Swedish participant being Nerdkiller. The clan was called CyberQuakers [CQ] when formed in 1996. After some time and discussion it was decided that the group needed an image upgrade, and they changed to Carnage Clan in 1997.

Carnage Clan operated only on RealQuake and did not transition to QuakeWorld. However, many of the CaC players went on to play QW in the new clan Game Over when Carnage Clan was dissolved in November 1997.