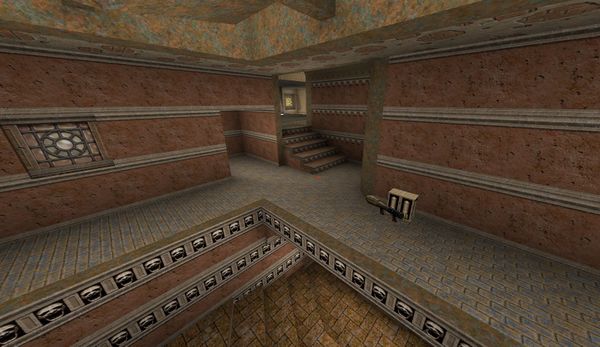 Bloodwalk is a mix by two classic tb5 maps: Aerowalk and Blood run. The two maps has been merged into one. Meaning there is also 2 quads on this map.

There area 2 connection paths between the maps: One connection is in ztndm3's tunnel, leading to aerowalk's low rl. The other connection is from the top of aerowalks quad-stairs, to ztndm3's rl at ya. The spawn points has not been moved from any of the original spots, and the items are the same. There is one minor change to items though, there is only 1 small rocket pack at ztndm3's ya instead of a large pack. And the cells are small packs on ztn, as well as one cell pack removed from aerowalk.