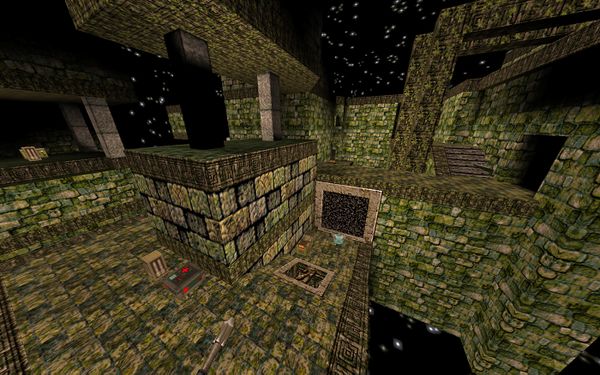 Created back in 2007, the map seems to be an abstract Inca temple on an island in starry space.

Jumping out into the void results in immediate death, and since there's few outer walls, this risk is overhanging. Especially dangerous is the RA balcony.

According to the creator

voodoochopstiks, the graphics(textures) was temporary as he was wanting feedback and graphic ideas from forums, but they stayed into the 6'th version as development halted.

Travelert6 have seen alot of play mostly on ffa servers, but sometimes duels can be seen on it. In 2007, it was suggested for inclusion in King of Tuesday Kenya.