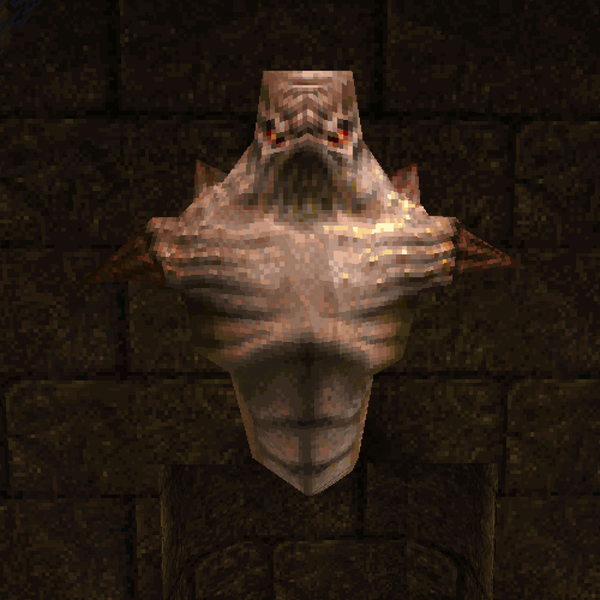 The Wizard's Manse is a group of mappers who decided to convert 5 maps from Counter-Strike to Quake 1. Link started up the project and he assembled this group comprising of QuakeR, Qurnel, Lurq and infiniti. Their goal is to create maps that could work for QuakeWorld 4on4.

The conversions are not 1:1 and were never meant to be that either because CS and QW are 2 very different games. However, a lot of CS maps got good potential for QW gameplay and we looked at a lot of maps. We tried to find maps that could be nice for QW without changing too much of the maps identity: That narrowed it down pretty much.

However, it felt natural to convert the most famous FPS map in the world: dust2. Qurnel did a 1:1 - sizewise - conversion with the normal medevil quake textures and added heavy stacked weaponry. We are not sure it suits very well for 4on4, but for a large FFA map it should be great. You can download the map HERE.

We selected these 5 maps for qw 4on4:

These are the main authors of the maps, but everyone contributes. Lurq is our map professor/rocket scientist and he contributes on all areas.

When we Quake-ify these maps we do so with QuakeWorld 4on4 in mind. Sometimes you need an extra wall/block to prevent a triple-anwalk distance, or you need to make an area smaller, or an L-junction instead of a straight line and so on. However, all the paths are the same, they go from A to B in the same way as the original maps, maybe with some adjustments a few places.

But if you played CS on these maps, you won't have to learn the routes, you know them already. The next step would be to learn the item placements and form your tactics after that.

The maps are done "when they are done". However, some of the maps are close to release/beta-testing and you can already enjoy some screenshots below. Currently you can see screenshots of Mirage, Italy, Dust2 and Nuke. Cobble is waiting for project start. We will add more screens here as we go forward.

All maps should be done within february 2023.

UPDATE 10.11.22:
Italy and Mirage are now done. They have been playtested and final versions can be downloaded. Nuke beta version also done. Go to map pages for details and downloads:

The screenshots are "as is". Textures, lighting and details are under construction.