From QWiki
[e][h]The Tomb of Terror 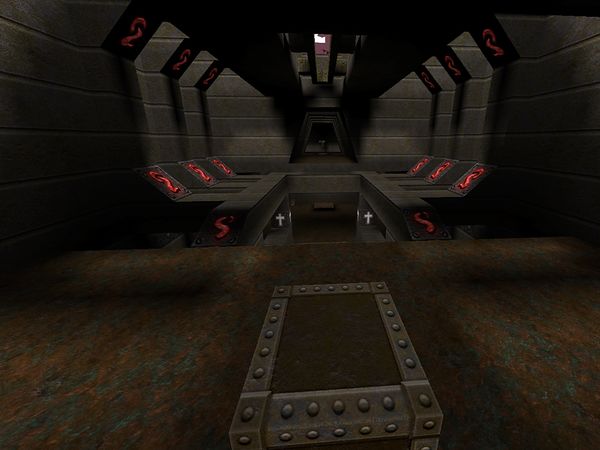 The Tomb of Terror is the third level of The Netherworld. True to its name, the level resembles a tomb and the action takes place almost entirely indoors. Many of the rooms contain deadly Lava and traps, and the dark hallways are patrolled by numerous hostile creatures.

The TDM version of this map has the Exit-Teleporter connected to the Quad-Room, so that you got 2 ways to Quad: 1 way from each side of the map. This to make 4on4 more interesting because of its linear map design(like e3m7) wich made the original map horrible for a map lock. The Quad area was also changed and the squishers were removed and the floor was made flat to avoid deadly lava baths.

Because of a bug in e3m3tdm that was not discovered for a long time, the new version of the map is called e3m3tdmb. The bug was so huge the map needed to be updated.