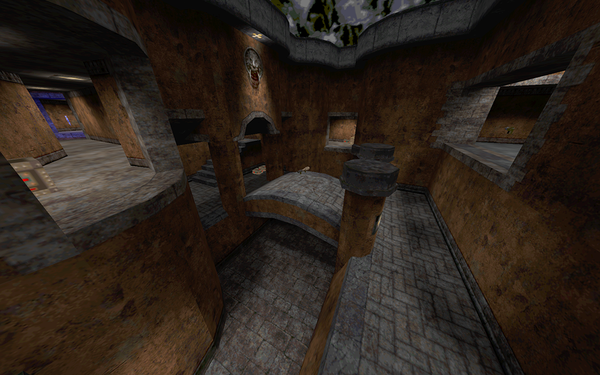 A complete remake of dad made by

Zaka. Main difference is that the map is quite a bit smaller and simplified and there are 3 teleporters instead of 0 originally. Also more health was added, aswell as ammo and a GA. There are more tricks and jumps possible and many of the old ones are easier to do. It's easier to move around now. Textures are new too. Gameplay should be pretty different from dad.

Dad2 were the featured map in King of Tuesday Kenya 19 who played out 19 November 2009, hosted by