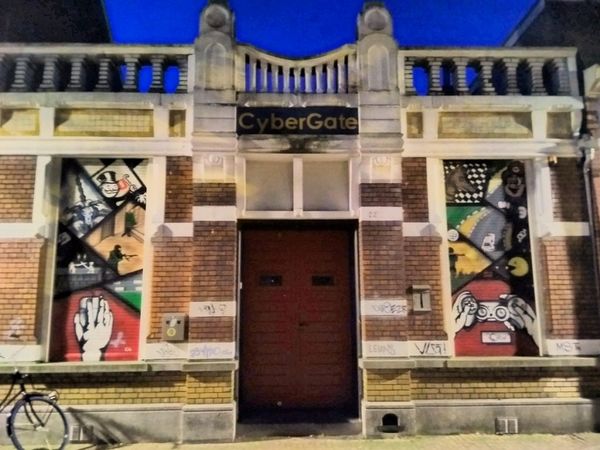 CyberGate was Europe's first Internet and LAN gaming cafe, located in Tilburg, the Netherlands. CyberGate has been in existence between 1995 and 2007. Somewhere around 2000 the cafe was dubbed "The Cybe". The cafe started out in the Stationsstraat and around 1999 moved to a new venue in the old building of discotheque "The Spoel", in the Fabrieksstraat. Which was a populair venue for live music back in the 70's and 80's.

CyberGate was created by Eef Fonken who took care of building and setting up the cafe. Later Harry Buyvoets joined as a co-owner, also taking care of the equipment and the network together with Eef.

During they hay days of CyberGate many people would visit every afternoon and game until the middle of the night. Before the internet was available to the public, this was thé place to be if you wanted to enjoy multiplayer gaming with friends on a solid LAN network.

The scene became quite big so tournaments started to be arranged as well for some of these games.

Eef Fonken still runs his Ftec Shop in Tilburg where he builds and sells custom PC's.