The sleeping Gods of the North have once again awakened to the sound of battle, rousing their troops. We fight for glory and the knowledge that a death in battle will grant us a place at the table of the Gods in Valhalla. Those especially favoured by the Gods go berserk and become invulnerable, and every soldier will aspire to reach this state. 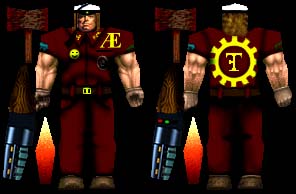 From the old webpages

The members of the clan Æsir are all Swedish speaking students at Helsinki University of Technology, Finland, and additionally, we all are members of the Swedish Student Union aka. TF. The union has a building called Urdsgjallar which is a strange place without too many straigth angles. The name is derived from Nordic mythology, and is the name of a mythological drinking horn, which the house resembles when seen from above. A "DooM I"-wad has been made out of this place, and a Quake-level of it is under construction.

The clan was officially founded in 1996, formed from an earlier gaming group playing DOOM among other things on the student network. It was at the time the only clan in Finland along with Finnish Allied Quakers. Which clan was founded first was never established. The clan had several successful clanwars, mostly with student clans in sweden as the internet had not reached most homes back then, and the connections were too poor for internet play at any rate (mostly consisting of low-bandwith modems).

Due to the recruitment policy (anyone being in the student union could be a member), the hardcore players decided to found their own clan, The Forsaken, which was quite successful. Needless to say, the remaining players were not as successful as their predecessors, as they were the casual sort.

AEsir continued playing however, against the finnish top clans, but issuing only one challenge during its active life - against its own founders, The Forsaken, which was their AEsir's final match. AEsir lost almost all games since the departure of the old gods, naturally including its final game.

Consisting of techically-oriented people, the clan had some spinoffs like the first Bot for quake (Playmate) and QRanking, a ranking and server tracking system. Probably something Poltsi started after watching the netcode for too long. The original goal of the playmate bot was to extract data from their own server, through a observer, who would connect to the server, receive data and exit, but as it progressed it became clear, that moving the observer would not be difficult, so soon all resources were to make him fight. The original goal was scrapped as the qranking was made. The AI of the bot was basically nonexistent, but if it managed to pick up your backpack with a shaft in it, it was literally unstoppable until it ran out of ammo. It was also rumored to be a killer with an axe. 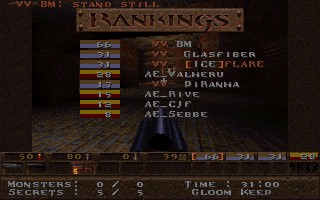 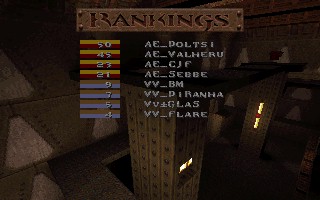 Note: The links are probably incorrect. All members are finnish. 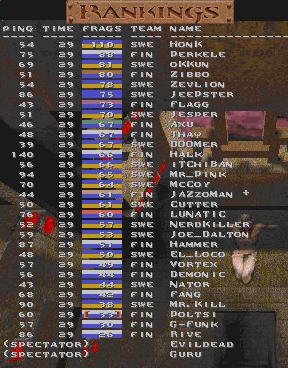 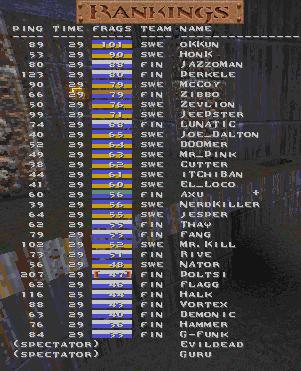